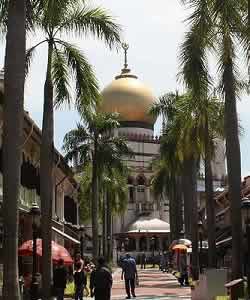 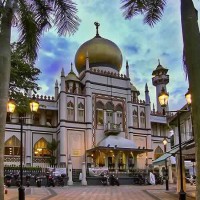 “Masjid Sultan” (Sultan Mosque) is one of Singapore’s oldest and most famous Mosque. Construction on the original mosque started in 1824. The old Islamic mosque was replaced by the new Sultan Mosque in 1928. The new Masjid Sultan was designed by Architect Denis Santry and has minarets, golden domes and balustrades. The design of Sultan Masjid is influenced by Islamic Saracenic (Persian, Turkish, Classical and Moorish) architecture. In contrast to the beautiful architecture on the outside, the interior is plain, so as not to distract worshippers. Singapore’s Sultan Mosque is a gazetted National Monument. Both Men and Women are expected to dress modestly; temporary cover-up clothes are given free to visitors. The Sultan Mosque is beautifully lit at night. Non-Muslim Tourist visitor timing is 10 am to noon and 2 to 4 pm. There are interesting shops and dining options around Masjid Sultan. 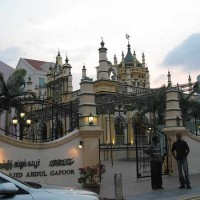 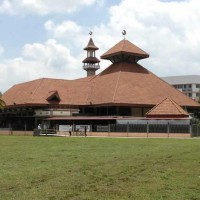 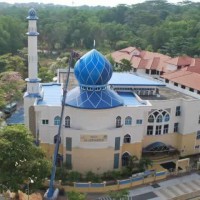 Architecture of Al-Istighfar Mosque is based on the famous Blue Mosque in Istanbul, Turkey. The 3 storied Al-Istighfar Masjid has a striking blue dome, modern Islamic architecture, high ceiling and wide roof eaves. This relatively new mosque in Singapore was officially inaugurated in 2000. Al Istighfar Masjid offers Kindergarten and religious classes. Masjid Al-Istighfar has the capacity to accommodate 3,300 devotees. 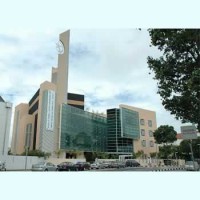 Masjid An-Nahdhah is a new mosque that opened in 2006. The mosque is housed in a modern building with a tall minaret. The An-Nahdhah Mosque minaret is non-traditional and has a large and distinctive star and crescent moon at its top. In additional to religious prayers, An-Nahdhah Masjid also offers space for the Muslim community for social activities, youth activities, religious education and more. An-Nahdhah Mosque is also home to MUIS’s Harmony Centre which shares information about the Muslim Community in Singapore. 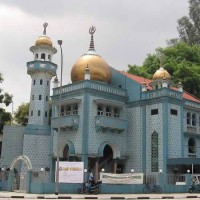 Malabar Muslim Jamaath Mosque (“Malabar Masjid”) was originally built by Muslim immigrants from the Indian state of Kerala. The two storey mosque has 3 golden colored domes topped with the star and crescent moon. Malabar Mosque has blue and green tiles all around the internal and external structure. Work on this mosque started in 1956 and the architect was A.H. Siddique. 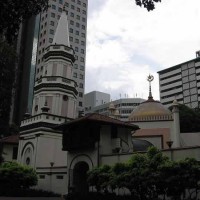 Masjid Hajjah Fatimah is a mix of Islamic and European architecture. Its most distinctive feature is the minaret (tower) that leans at an angle of 6 degrees. Renovation work has been done to straighten the minaret. Hajjah Fatimah Mosque is named after Malay business woman, Hajjah Fatimah, who donated land and money for this mosque. The mosque was constructed between 1845 and 1846.

The beautiful Al-Iman Mosque has a jewel shaped dome and six minarets. Al-Iman Mosque opened in May 2003. In addition to the prayer hall, the four floored Al-Amin Masjid has an auditorium, 18 classrooms, conference room and computer room. Al Iman Mosque can accommodate 5,000 worshippers. 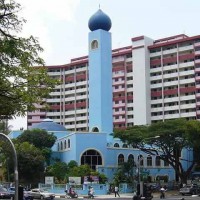 The most striking element of the blue colored Al-Ansar Mosque is its tall minaret (tower) which has an onion dome on top of it. There is a plan to create a new steel girder structure around the original mosque. This will create a large ground plaza and will increase the capacity of the mosque from 3,500 to 4,500. Al-Ansar Masjid is popular among the Tamil Muslim community of Singapore. 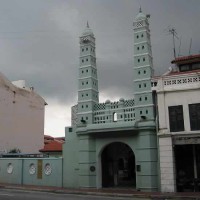 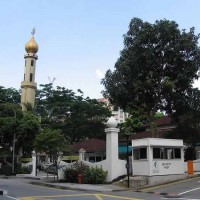 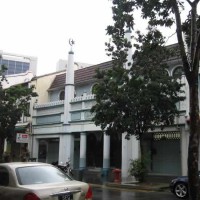 Name and Address of All Muslim Mosques in Singapore

Sorry, the comment form is closed at this time.