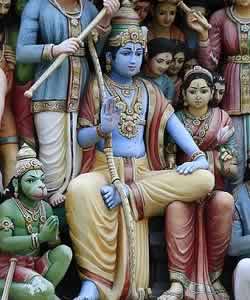 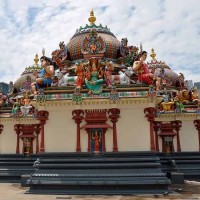 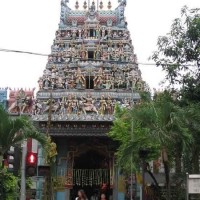 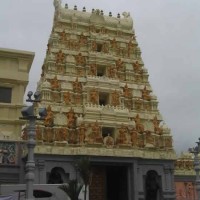 Sree Maha Mariamman Temple has a distinctive golden roof with three domes/towers (“Vimanams”). The golden roof has statues of Goddess Sree Maha Mariamman in her 16 manifestations (16 “Akshara Sakthis”). The sculptures, statues and carvings throughout this temple are a visual delight. The gold painted roof also has statues of Lord Murugan and Lord Vinayagar. The ceiling is covered with beautiful carvings and murals. At the entrance of the 3 main sanctums of there are beautiful carvings of 16 Forms of Godess Mariamman, Sree Vinayagar and Sree Murugan. The perimeter wall of the temple has sculptures and carvings from the life of Lord Shiva. 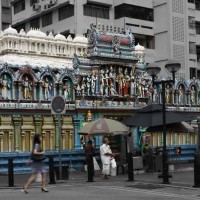 The Sri Krishnan Temple has beautiful statues and carvings both on the outside and the inside of the temple. As the name suggest, the Sri Krishna Temple is dedicated to Lord Krishna and his companion, Rukmini. The temple was founded in 1870, when a statue of Lord Krishna was placed under a banyan tree on Waterloo Street. Since the temple is located next to the traditional Chinese temple of Kwan Im Thong Hood Cho Temple, many Chinese worshippers come to light incense sticks at the Sri Krishna Temple. Taking this religious activity forward, the Shri Krishnan Temple has created an altar to Guanyin, the Buddhist/Chinese Goddess of Mercy. The International Society for Krishna Consciousness (ISKCON) operates from this temple. 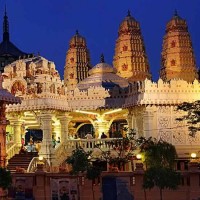 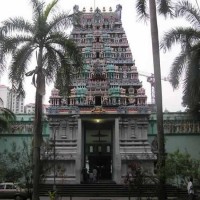 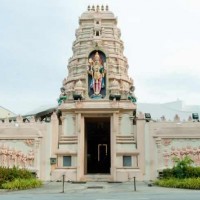 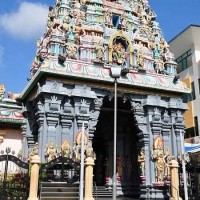 In addition to the above temples, listed below are Hindu temples (Mandir) in Singapore

Please Note that the Top 10 listing is based on the author’s perception.

Sorry, the comment form is closed at this time.